Healthcare costs remain as one of the reasons millions of people worldwide don’t have access to proper medications to use against life-threatening diseases. Such conditions proved fatal to the global population during the initial spread of the COVID-19 pandemic.

Despite the continuing progress and discoveries achieved by medical researchers, the global community of countries was unable to prevent the Wuhan COVID-19 outbreak from spreading across populations. Many were not physiologically and mentally prepared to face a deadly virus.

Although there have been previous infectious disease outbreaks, the COVID-19 virus strain is different. It was able to evolve and mutate into different and more potent variants that could easily destroy those with weak immune system; allowing the coronavirus to spread continuously to people who remained passive and ignorant about the threats of the disease.

Many refused to be tested believing that the coronavirus disease is just a mere hoax; not fully understanding that with every positive case of infection, the number is inclined to grow exponentially as more and more transmission transpire.

In the U.S., it didn’t help that at the very onset of the outbreak, former President Trump downplayed the pandemic. While insisting that COVID-19 is just another flu that will go away like a miracle, he also helped spread the disease by holding superspreader events; mindless that hundreds of thousands of American citizens have already died from the coronavirus disease.

Moreover, politics has always been behind the continuously rising prices of medicines and healthcare coverage. Pharmaceutical companies benefited greatly from the financial support they gave to those who were able to hold office as political leaders and lawmakers.

In fact in March 2020, prior to the pandemic outbreak, a study conducted by researchers at Bentley University in Waltham, Massachusetts revealed that pharmaceutical companies gained profits that outpaced all other industries by all financial measures: Gross Profit, Gross Annual Profit and Net Annual Revenue before Income Tax. Although pharma companies pay taxes, their tax payments were based on tax rates lower than what small to medium enterprises pay annually.

In the meantime, the majority of the middle and low income families earn wages that make it difficult for them to keep up with the soaring prices of medicines and healthcare facikities. There are those who can afford to take out policies for private healthcare coverage, yet provisions for prescription drugs are usually minimal.

Many others, including middle income families relied on the Obamacare program that afforded them some kind of financial relief in meeting regular and even major healthcare costs. However, the Trump administration made several attempts to undo the Obamacare Act supporting the program. Thankfully, the new Biden administration plans to continue the program but under a new name The Affordable Care Act.

Even drug regulations turned out to be faulty. Purdue Pharma, the company behind the controversial opioid-based drug OXY-Contin was able to market and sell the product as a harmless pain-reliever by mislabeling the medicine.

After the drug was exposed for its addictive content, the company paid billions in fines to help the families of people who became addicted to OXY-Contin. The harmful drug is still available but has been classified as highly addictive, listed as a Type 2 Controlled Substance as a brand of the generic drug Oxycodone.

Speaking of controlled substances, the generic pain-relief drug Carisoprodol, popularly known as soma pills is categorized as a Type 4 Controlled Substance, which denotes that it has less proclivity to be addictive if taken in low dosages.

Many women are constantly in search of skin care products that will make their bare skin look more supple and radiant, instead of looking dry and sallow. However, they are likely to fail continuously if all they do is rely on cosmetic creams, because skin conditions are usually reflective of one’s health, particularly in relation to blood circulation.

After all, blood is the main substance that brings oxygen and important nutrients throughout the body. Otherwise, imbalances and disruptions in organ function would take place, of which the first signs are manifested by symptoms of poor blood circulation. Such as, but not limited to dry skin, hair loss, brittle nails, slow healing wounds or sores, cold hands and feet, digestive problems and in some cases, poor memory.

Unless the skin cells receive the right amount of oxygen and nutrients delivered by way of blood circulation, external creams will have little effect in making one’s complexion radiate with health. Poor blood circulation can deprive the integumentary system of vitamins and minerals in maintaining skin health, which serves as protection against both external and internal toxins.

Even cosmetic companies have been studying the relationship between blood circulation and skin conditions.

A dermatological research study presented by Japanese firm Kao Corporation in the 2019 Japanese Society for Anti-Aging Medicine’s 19th Scientific Meeting, presented findings that the blood flow in capillaries can influence the condition of the skin. The findings explained why people who have higher capability to regulate blood flow when reacting to environmental changes appear to have less dry skin.

Capillaries are the smaller group of blood vessels that aid in the distribution of blood throughout the body. They are the extensions of the veins and arteries, since they branch out as links to tissues and cells during the blood circulation process. The capillaries more than just deliver oxygen and nutrients but also remove waste matter out of the tissues. Such findings also explain why poor blood flow can cause itchy skin, rashes and other skin disorders, as toxins in tissues tend to build up.

However, Kao Corporation’s R&D lab admits that further research is necessary, as the lab is still encountering problems in visualizing and measuring the super fine capillaries. Mainly because they are difficult to recognize amidst the surrounding tissues. The lab researchers said that much has to be learned in order to apply the in-depth knowledge about the functions of capillaries in blood circulation, in their bid to formulate a revolutionary skin care product.

In the meantime, anyone looking for ways to improve their skin conditions should not forego the importance of proper nutrition, regular exercise and a healthy lifestyle in exchange for creams and other skin care products. They would be better off by taking supplements that will increase their intake of nutrients like nitric oxide, as this gas nutrient promotes vasodilation that can help improve blood circulation.

A study by a research group called Body, Movement, and Culture gave insights on how women’s bodybuilding today is not just to about developing muscular bodies. Dr. Pirkko Markula Ph.D. founder of the research group, who is also a University of Alberta professor of Socio-Cultural Studies of Physical Activity, discussed how female bodybuilding in Canada is not just about the desire to simply develop extreme amounts of muscle mass.

The researchers took a closer look at three categories, Physique, Fitness and Bikini, and interviewed some of the participants. Generally, the women bodybuilders in these contests have positive views about their muscular body, despite receiving some criticisms from those who think that their masculinity affects their femininity.

While steroid use is possible, it forms part of a muscle building regimen as these categories require controlled development of muscles. The objective in all the three categories, is to show how muscles and femininity can combine; of how a muscular woman can become huge without losing her feminine shape.

In this category, the researchers described the Physique competitors as having visibly muscular bodies; all built-up to look strong and powerful but without losing their distinctive female shape. Judges look at the symmetry, muscle tone, poise and some muscle striation but not in extreme levels. The contestants will display the beauty and flow of their muscled physique by performing poses,individually choreographed to music.

This category has some similarities with Physique competitions as judges evaluate, symmetry, fitness, and skin tone. The difference though is that it requires contestants to have the so-called X-shape body, which is characterized by a well-shaped back along with a pair of well-shaped legs. Moreover, it is also important that their muscles do not appear striated or banded.

Such differences make it important for Figure contestants to follow a strict diet and having absolute control over their lives in order to achieve the ideal X-shape form, while staying on the thin side. Contestants in this category are not worried over muscle loss, since their canadian steroid source can readily supply them with the supplement they need in repairing muscle tissues and generating new muscle cells. According to Figure contestants who were interviewed, they get more depressed over weight gain issues.

This category has a lot of similarity to how female bodybuilding competitions started out in YMCA in 1977, because this category requires the least muscle mass. In addition to having an X-shape body, the abdominal and gluteal (buttocks) muscles of a Bikini contestant’s lean body will be judged. Femininity is a mandatory requirement, which judges based on proportion, shape, symmetry, and skin tone as displayed by contestants during poses, choreographed presentations and walks. 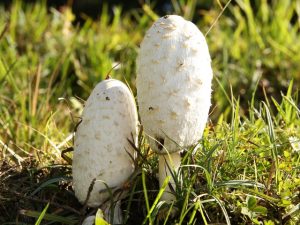