Studies about Magnesium at the National Institutes of Health (NIH) underscore Mg’s importance in keeping the body energized and free from inflammation issues. Other NIH study-findings have established the significant bioavailability of magnesium in most of the food commonly included in regular diets.

However, there are also findings that show Magnesium is one of several minerals that the cells absorb at low levels. Results of the dietary surveys conducted by the NIH consistently revealed that both the male and female population in the US are not getting enough magnesium nutrients from their daily sustenance. In fact, the National Health and Nutrition Examination Survey’s data analysis confirmed that the majority of Americans in all age levels, receive less than the recommended amount of daily Magnesium intakes.

According to endovascular surgeon, Dr. Arno Rotgans of the NYC Surgical Association, Magnesium Deficiency is a health problem because several enzymes needed by the body in transferring and storing energy, depend on Magnesium. Dr. Rotgans explained that if the body does not have enough supply of magnesium, several electrolytes, such as potassium and calcium will not function properly.

Still, manufacturers of food supplements found a solution for this kind of problem. That is by chelating Magnesium minerals with the amino acid taurine to produce a chelated mineral supplement called Magnesium Taurate. 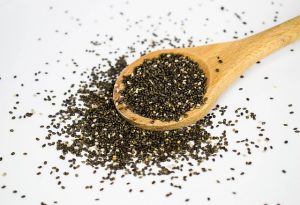 We all know that aside from vitamins, it’s important that the food we eat contain minerals since they are also key nutrients required by the body to function properly. Minerals like calcium, iron, potassium and magnesium, just to mention a few, help in the promotion of growth, control of muscle contractions, maintenance of bone health and fluid balance and similar other bodily processes.

However, not all minerals are easily absorbed by the body and some can be affected by several factors such as form, concentration and reliance on intakes of other dietary components and other specific nutrients. That’s why some minerals like Magnesium, have to be chelated or combined with a binding substance as a way to improve the level or amount of minerals absorbed by the body. In the case of Magnesium Taurate, the mineral is chelated with the amino acid Taurine, which if ingested as a food supplement can help the body receive adequate amounts of Magnesium nutrients.

How Much Magnesium is Recommended as Daily Dietary Intake

Based on NIH studies, women ranging between ages of 19 and 30 need about 310 milligrams of Magnesium as daily supplement, while those aged between 31 and 50 should have at least 320 milligrams daily. Men, on the other hand, aged between 19 and 51 must have 400 to 420 milligrams of Magnesium intakes daily. Still, it’s important to check with one’s physician first before taking Magnesium Taurate as health supplements. This is to make sure you do not overlook certain medical conditions you might have, while taking medications that can be affected by additional intakes of Magnesium.